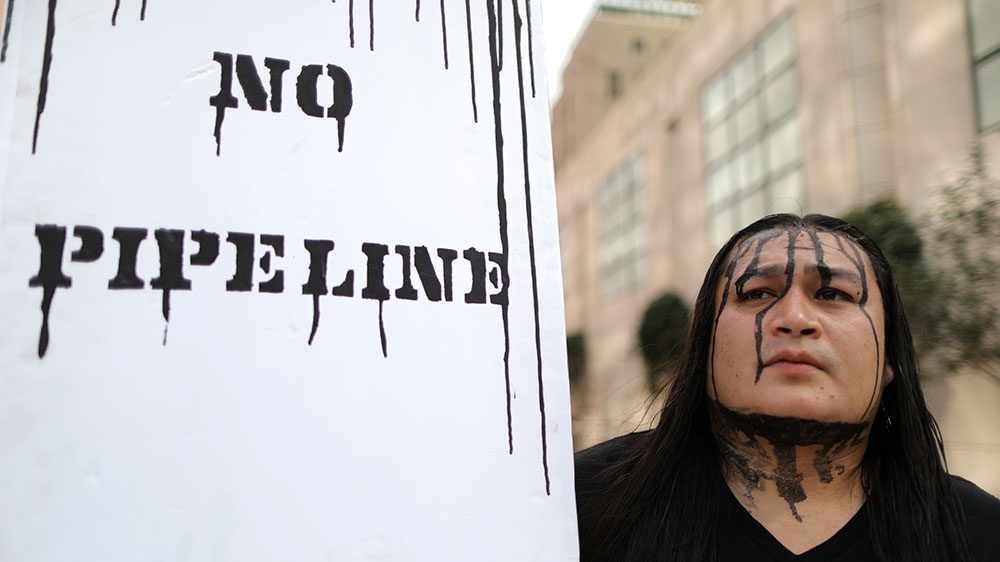 A United States federal court on Wednesday ordered the Trump administration to conduct a full environmental review of a controversial segment of the Dakota Access Pipeline, a long-standing focal point of tribal and environmental activism.

The court granted a request by the Standing Rock Sioux tribe, which had petitioned to nullify federal permits for Energy Transfer Partners’ Dakota Access Pipeline on grounds that the Army Corps of Engineers violated the National Environmental Policy Act (NEPA) when it issued permits in 2016 without conducting adequate environmental reviews.

The court remanded the matter to the Army Corps of Engineers to prepare a full Environmental Impact Statement and ordered the parties to “brief the issue of whether the easement should be vacated during the remand” and oil can continue flowing.

“After years of commitment to defending our water and earth, we welcome this news of a significant legal win,” said Standing Rock Sioux Tribe Chairman Mike Faith.

The decision is the latest twist in a years-long legal battle about the pipeline. The Standing Rock Sioux tribe had sued the Army Corps over its approval of the pipeline in North Dakota, arguing that oil spills could contaminate their water source, the Missouri River.

Jan Hasselman, a lawyer for Earthjustice representing the tribe, said the court decision showed that the Obama administration was “right to deny the permits in 2016”.

The pipeline, owned by Energy Transfer Partners LP (ETP), has been operational since June 2017, after President Donald Trump granted its permit over the objections of tribes and environmentalists who were fearful it would pollute a waterway sacred to the Standing Rock and Cheyenne River Sioux.

The Army Corps said in its in 2017 decision that granting the permit and right of way for the company on federally owned land “does not result in disproportionately high and adverse human health or environmental effects on minority populations, including tribes, and low-income populations.”

All I Wanted Was to Be Interrogated

London-area players at the forefront of OHL Draft