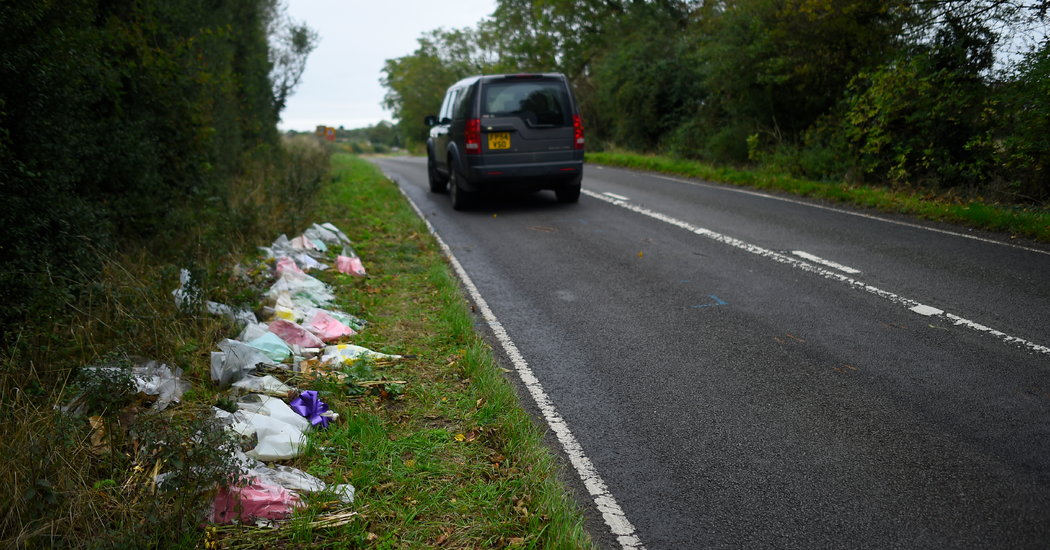 LONDON — The British police will offer free driver training to employees at an air base that hosts a United States Air Force communication station, after two incidents threatened a repeat of a crash that killed a British teenager and prompted a monthslong diplomatic tug of war between Britain and the United States.

The teenager, Harry Dunn, 19, died in August when his motorcycle collided with a car being driven on the wrong side of the road by an American, Anne Sacoolas, whose husband, also an American, then worked at the base, R.A.F. Croughton.

Ms. Sacoolas left Britain shortly after the crash under a claim of diplomatic immunity, and the United States rejected an official British request to extradite her on a charge of causing death by dangerous driving, despite emotional appeals from Mr. Dunn’s parents, who even met with President Trump.

Last Friday, another car driving on the wrong side of the road almost collided with another vehicle near the base. That prompted the chief constable of the Northamptonshire Police, which is responsible for the area, to call an urgent meeting with the base commander.

“I do not underestimate how much of a concerning incident this was and how much worse it could have been, especially considering the circumstances in which 19-year-old Harry Dunn tragically died,” the chief constable, Nick Adderley, said in a statement on Saturday.

He also said that a police vehicle had been hit by another car driving on the wrong side of the road in Northampton, a nearby town, in early October. No one was injured in either incident.

After talking with senior officials at R.A.F. Croughton, Mr. Adderley said on Monday that road policing experts would provide free training to all employees and new arrivals at the base.

“This is only the beginning,” he added on Twitter, “and I have agreed to provide that training for free to ensure every member of staff at R.A.F. Croughton receives the input and understands the requirements” for driving in Britain.

Even President Trump said after the August crash that driving on the left-hand side of the road in Britain could be problematic for people accustomed to driving on the right.

“You know those are the opposite roads, that happens,” he said in October. “I won’t say it ever happened to me, but it did. When you get used to driving on our system, and then you’re all of a sudden on the other system when you’re driving, it happens.”

He called the death of Harry Dunn a “terrible accident.”

His mother, Charlotte Charles, told the BBC on Tuesday that numerous people had contacted the family about similar incidents across Britain, and the BBC reported that it had seen evidence of more than a dozen.

Mr. Dunn’s parents said in a statement on Tuesday that the crash that killed him was “not a one off.”

“One of the key objectives of our campaign after we lost Harry,” they said, “is to ensure that this never happens to another family again.”