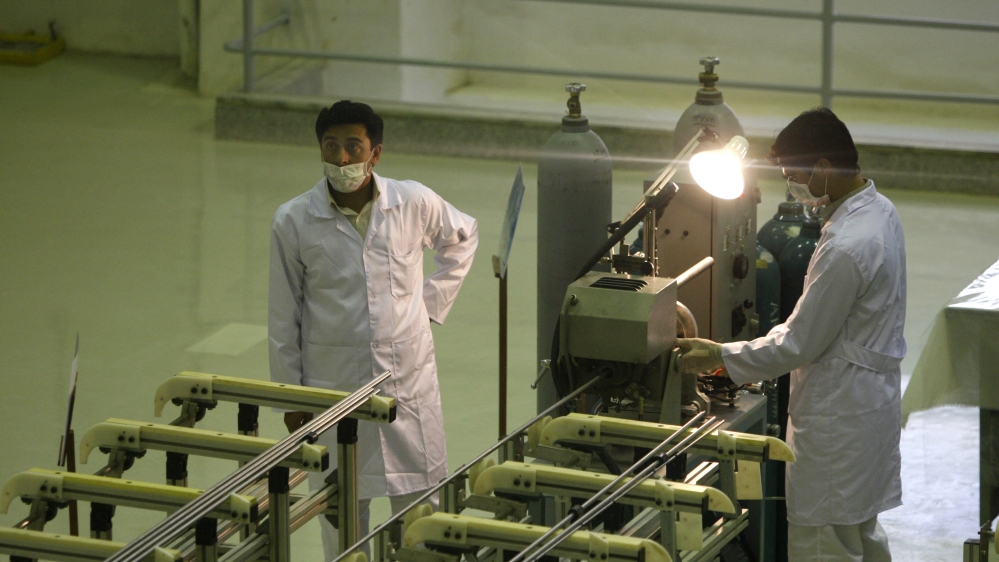 France, Britain and Germany have formally triggered the dispute mechanism in Iran’s nuclear deal with world powers, the strongest step they have taken so far to enforce the agreement that requires Iran to curb its nuclear programme.

The European powers, all signatories to the nuclear deal, said on Tuesday they took the step to avoid a crisis over nuclear proliferation being added to an escalating confrontation in the Middle East.

In a statement, they said they still want the deal to succeed, and were not joining a “maximum pressure” campaign against Iran by the United States, which abandoned the deal in 2018 and has reimposed sanctions.

After months of announcing gradual steps to reduce compliance, Iran said on January 6 it would scrap all limits on enriching uranium, but would continue cooperating with the UN nuclear watchdog.

Here is how the dispute resolution process, which could take up to 65 days to play out unless extended by consensus, works:

Step 1 – If any party to the nuclear deal believes another party is not upholding their commitments, they can refer the issue to a Joint Commission, whose members are Iran, Russia, China, Germany, France, Britain and the European Union. (The United States was a member before it withdrew from the deal.)

The Joint Commission would then have 15 days to resolve the issue, unless it agrees by consensus to extend the time period.

Step 2 – If any party believes the matter has not been resolved after that first step, they can refer it to the foreign ministers of the parties to the deal. The ministers would have 15 days to resolve the issue, unless they agree by consensus to extend the time period.

In parallel with – or in lieu of – consideration by foreign ministers, the complaining party or the party accused of non-compliance could also ask for the issue be looked at by a three-member advisory board. The participants to the dispute would each appoint a member and the third member would be independent.

The advisory board must provide a non-binding opinion within 15 days.

Step 3 – If the issue is not resolved during the initial 30-day process, the Joint Commission has five days to consider any advisory board opinion in a bid to settle the dispute.

Step 4 – If the complaining party is not satisfied after this and considers the matter to “constitute significant non-performance”, they could “treat the unresolved issue as grounds to cease performing its commitments under this JCPOA in whole or in part”.

They could also notify the 15-member UN Security Council that the issue constitutes “significant non-performance”. In the notification, the party must describe the good-faith efforts made to exhaust the Joint Commission dispute resolution process.

Step 5 – Once the complaining party notifies the Security Council, the body must vote within 30 days on a resolution to continue Iran’s sanctions relief. A resolution needs nine votes in favour and no vetoes by the US, Russia, China, Britain or France to pass.

Step 6 – If such a resolution has not been adopted within 30 days, the sanctions in all previous UN resolutions would be reimposed – referred to as snapback – unless the council decided otherwise. If the previous sanctions are reimposed they would not apply retroactively to contracts Iran signed.

Mike Pompeo Is Going To Ukraine