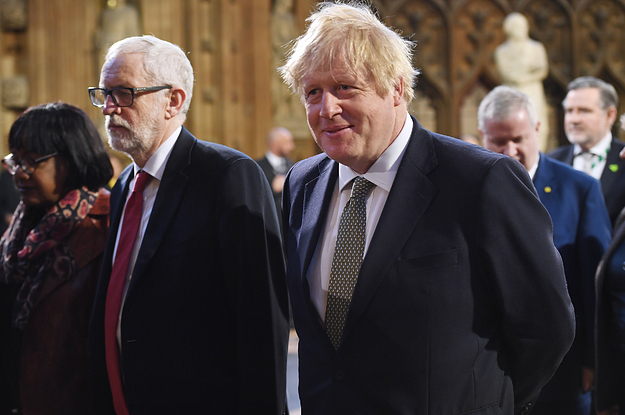 So you may remember that 2019 was a bit of a wild ride in British politics.

It was meant to be the year that the UK left the European Union, but instead we missed three Brexit deadlines, held European elections, saw the launch of the Brexit Party, the launch and demise of Change UK, a House of Commons speaker election, a Liberal Democrat leadership contest, a Conservative Party leadership contest, a new prime minister, and then a festive general election.

Boris Johnson won a landslide majority in that general election, which means things are going to change around here.

We’re not going to see the knife-edge votes in Parliament that were a feature of Westminster in 2019 any longer. The Conservatives now have a majority of 80 – their largest since 1987. This basically means that the government is going to be able to pass legislation easily.

They also no longer need the support of smaller parties like the Lib Dems, who they went into coalition with between 2010 and 2015, or the Democratic Unionist Party, who had a confidence and supply agreement with the government between 2017 and 2019.

Boris Johnson had promised to “get Brexit done” before the election, but it looks like the UK will finally leave the EU by the end of January — three and a half years after the 2016 Brexit referendum.

Johnson did say he’d rather die in a ditch than stay in the EU after October 31, but with the help of his new government, he seems determined to make sure the Withdrawal Agreement Bill does actually pass parliament by the end of this month.

Of course withdrawing from the European Union is only the very start of the process, and the next stage, negotiating the future relationship and lots of complicated trade deals, is likely to be even more difficult.

The withdrawal agreement bill passed its second reading by 358 votes to 234 on the Friday before Christmas — that’s a huge majority of 124.

Debate on the next stages of the bill is due to get underway as soon as parliament returns from its Christmas break on Tuesday, and a vote on the third and final reading in the Commons is expected before the end of the month. The European Parliament will then have to give the green light, and the UK will cease to be an EU member.

However, not much is likely to change immediately — the UK will enter a transition period until the end of the year, to allow these all-important deals to be negotiated. The trading relationship will remain the same, the UK will stick by the EU’s rules, and will continue to pay into the EU budget until December 31.

And once the Brexit deal is passed, Johnson is expected to focus his attentions closer to home.

Instead of the usual post-election reshuffle, there was only a mini reshuffle, with Simon Hart appointed Welsh secretary. The bigger reshuffle is expected around January 31, when Johnson is set to overhaul the cabinet, and slim down the number of seats from 23 to 18.

Brexit secretary Stephen Barclay is expected to lose his position, but it’s not yet clear exactly which other positions will get the chop, although it has been suggested that the business secretary and environment secretary may go.

Johnson is also expected to shake up the civil service, with mergers of government departments. It is expected that the Department for International Development (DFID) will be merged with the Foreign Office, and the Department for Exiting the European Union (DExEU) will be taken into the cabinet office.

It has also been suggested that “seismic changes” will see civil servants being made to take frequent exams, and change roles on a regular basis to ensure that they are up to the job, but critics fear a politicisation of the independent civil service.

Another election could be called in Northern Ireland.

Northern Ireland secretary Julian Smith has given the parties until January 13 to reach a fresh agreement, or a new assembly election could be called.

Assembly elections were held in March 2017, but the parties failed to reach a power-sharing agreement afterwards. Smith has insisted he will call another vote if the Northern Irish parties do not reach a breakthrough this month.

There are also expected to be increased calls for a second independence referendum from Nicola Sturgeon’s Scottish National Party this year, although Johnson is unlikely to grant her request for a second referendum.

Sturgeon has already put her case to the prime minister, after the gap between Scotland and England widened further at the election. Scotland now has just half a dozen Conservative MPs, while the SNP has almost eight times as many. The UK is on the cusp of leaving the EU, but Scotland voted to remain.

In January, we should also find out who’s running in the Labour leadership contest.

After Labour suffered its worst election defeat since the 1930s, Jeremy Corbyn announced that he would not lead the party into another general election after the disaster in December.

Labour’s ruling National Executive Committee (NEC) is expected to meet next week to agree a timetable for the process, with the new leader likely to be in post by the end of March.

Labour is also electing a new deputy leader at the same time, after former deputy Tom Watson resigned from the position and did not contest his seat at December’s election.

Angela Rayner, Rosena Allin-Khan, Dawn Butler, and Richard Burgon are among the names expected to enter the race.

Over the next few weeks we should have a clearer idea of who is standing, and who is likely to get the necessary MP nominations to get onto the ballot paper that is then put to the wider Labour membership.

And we should also find out who’s running in the Liberal Democrat leadership contest.

Former Lib Dem leader Jo Swinson was elected to lead the party in July, but went on to lose her seat at the general election just a few months later. This means the Liberal Democrats will need to choose someone to replace her.

The Lib Dems are also expected to have their new leader in post by the end of March, but it should become clearer this month who is in the running.